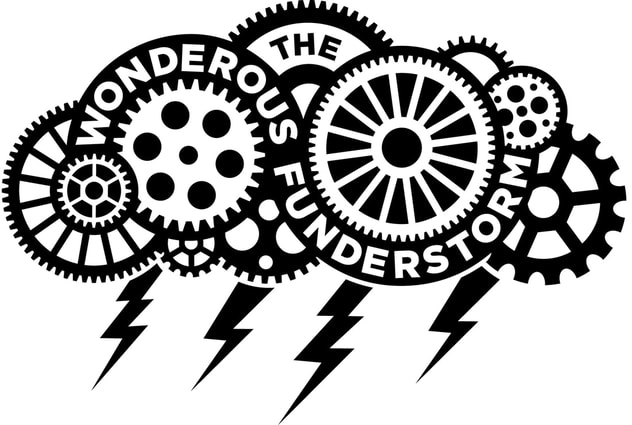 As well as creating our own puppets we love to build for individuals and theatre companies. Whether it be a large scale puppet for a theatre show or something smaller for your own personal project, we love to delve into your ideas and produce a puppet that suits your needs.

Otto was commissioned as a Birthday present by Lizzie Peters. My guidelines were a German polar bear, so naturally I gave him some cheeky lederhosen and an adorable face. We were lucky enough to receive a video of him having a dance to some techno in his new home. It seems he is settling in very well!
Bespoke commission for Twice Shy Theatre Company. One person rod puppet with removable circus jacket. The jacket can be worn as a full jacket and the sleeves removed to make it into a waistcoat.

"We commissioned Gemma to create a puppet for a private event and we couldn't have been more impressed with her professionalism and the quality of her work. When we had our initial consultation, Gemma really listened to the brief and came back to us with initial sketches and ideas very quickly, giving us time to make sure that everything was exactly as we needed it to be. The build time was swift and efficient, with Gemma keeping us up to date every step of the way, so that when our puppet arrived we knew exactly what to expect. The puppet herself is beautiful. She enchanted guests both young and old at the event for which she had been built. Gemma is a true artist who takes pride in her work and has a deep understanding of the world of puppets and puppeteering. We would not hesitate to work with Gemma in the future."
Desmond O'Connor - O'Connor Arts and Ents

"I had previously seen some of the puppets that Gemma had designed and built and I really admired her style and attention to detail. Having had several puppets built in the past, we have often experienced some kind of frustration due to things not being quite as we had wanted them to be, so for me the most impressive thing about working with Gemma was the time she took to really listen and understand what it was that we wanted. We felt that she cared about our puppet as much as we did, and for us that is really important. Our puppets are like members of our family and it felt that Gemma understood that and cared about this project in the way that we care about our work. Genevieve (our puppet) is gorgeous. She is so characterful and she moves beautifully. Thank you, Gemma, for doing such a wonderful job."
Zoie Kennedy - Twice Shy Theatre
Bespoke commission for burlesque performer Fanny La Rue. The brief was for a muppet style sexy androgynous Triffid. We incorporated some subtle nods to both male and female genders in this piece, can you spot them?

"Ordering my bespoke puppet was a positive experience. I received a high level of communication and I'm very pleased with the quality of my puppet. Highly recommended."
Bespoke commission for burlesque performer Constance Peach. The brief was for a viper style snake with a mouth always open. She needed to look expensive and fierce. The aesthetic was inspired by the bejewelled skeletons of the catacomb saints. We added some cheeky movement with a spring loaded tongue and covered her in glittering rhinestones.

"I approached Gemma about commissioning a snake puppet for my act as I had seen her incredible online work. The whole process from start to finish I found Gemma to be informative, reliable and insightful. Her attention to detail was impeccable and her ideas to elevate the puppet commision were inspired. I was constantly kept in the loop with images and discussions on fabric choices and mechanics. Gemma is an excellent communicator. The final product exceeded my expectations and I would not hesitate to use Gemmas services again or heartily recommend her to others - Alice Griffiths"
A selection of puppets for our own window puppet show. This was performed during lock down and partially funded by Paperwork Theatre's Teacup Commissions programme. We performed to micro bubble audiences and streamed the performance live online. Live music was provided by Danny Bradley.

Seren the fairy was created as a result of the Judith Hope People puppet course. She has yet to feature in a performance but we have plans to give her a story of her own soon. She is a fully articulated rod puppet to be operated by one or two puppeteers.
Photos by Blue Whistle Design